I received this fun quilt last weekend.  I just had Thursday – Monday to get it done and I was gone both Friday & Monday.   Very funny but totally doable knowing it was coming ahead of time.   It also helped the owner asked for a medium meander that goes a bit faster than custom work. 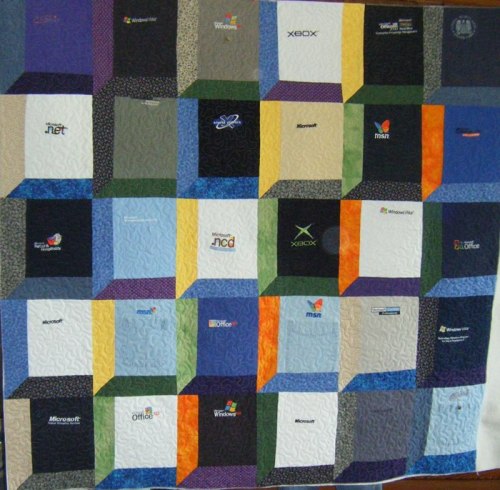 J said her son works for Microsoft and over time sent her shirts to make a quilt for him.  AND… get this… I knew the attic windows setting and thought that was a clever way to use shirts in a quilt.  But… windows… get it?  For the Microsoft guy.  🙂   Quite clever!!

Yes, there is an applique on the backing!   The quilt is about 58″ x 58″ so this is a huge Windows emblem for the back! 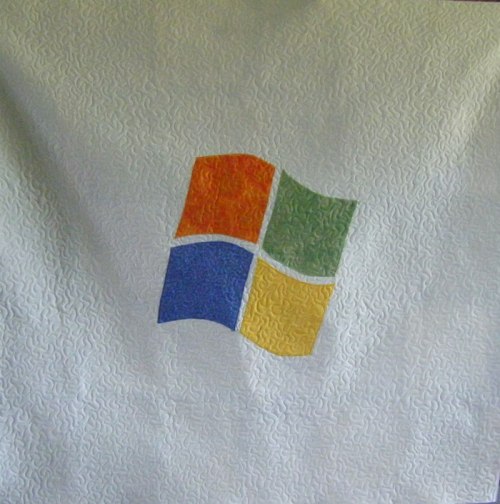 I hope you & your son love the quilt, J!  Thank you and thanks to Shelly for being the courier.  🙂